Manchester United hit a new low on Saturday, August 13 as they were comprehensively beaten 4-0 by Brentford in the second matchday of the Premier League. A stunning first half performance from Thomas Frank’s side saw them go 4-0 up within the first 35 minutes of the game, effectively ending it as a contest against a United side considered favourites.

It was the talented Josh DaSilva who opened the scoring for the home side, with a strike from distance that somehow eluded David De Gea who should have one a lot better to keep the ball out.

Soon it was 2-0 as Mathias Jensen dispossessed former Brentford player Christian Eriksen, now at United, to slot home. United’s frailties in defence were once again exposed as Ben Mee got the third goal at the half hour mark with a header after the visitors failed to clear a cross. Five minutes later, Bryan Mbeumo rounded off a brilliant counter attack as he did well to shake off Luke Shaw to find the back of the net from Ivan Toney pass.

United had their moments, with want-away star Cristiano Ronaldo looking dangerous and deflated at the same time for large parts of the game. Ten Hag made three changes for the second half, bringing in Raphael Varane, Scott McTominay and Tyrell Malacia to try to get something out of the game but it proved to be too little, too late.

United players by that time were still in shock by what happened in the first half, and were unable to mount what was always going to be an unlikely comeback.

The results means that, Manchester united now occupies the bottom of the league table after today’s games. 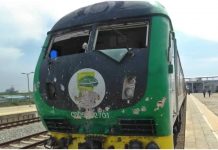 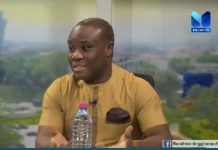