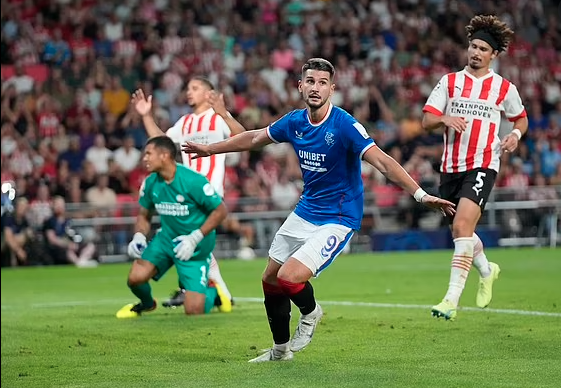 Antonio Colak’s strike sealed Rangers’ return to the Champions League group stages as they edged out PSV 3-2 on aggregate in the play-offs.

Giovanni van Bronckhorst’s side are back in the main stages of Europe’s premier competition after a 12-year absence, as Colak settled the second leg at the Philips Stadion.

Malik Tillman robbed Andre Ramalho of possession inside the PSV penalty area on the hour mark, before squaring for the Croatian to apply the finishing touch.

And last season’s Europa League finalists held out to inflict only a second home defeat on PSV in 14 matches across all competitions.

Rangers had won just once in their previous 11 away matches in Europe, but went close to scoring despite PSV carrying the greater threat earlier on.

Ryan Kent drew a comfortable save out of Walter Benitez, while a patient build-up culminated in John Lundstram firing narrowly wide from Tillman’s lay-off.

PSV, who had struck in the opening period in each of their 11 previous games, finished the half strongly.

Jon McLaughlin was called into action to deny Luuk de Jong, and Cody Gakpo squandered a decent opportunity as he could not keep the ball down from 16 yards.

Rangers were whiskers away from snatching the lead 11 minutes after the restart; Tom Lawrence’s curling 20-yard strike rattling the crossbar with Benitez beaten.

But the visitors did edge their noses in front on the hour mark, Tillman stealing possession inside the PSV area before squaring for Colak to slot into the empty net.

Dinamo Zagreb and FC Copenhagen also qualified ahead of Bodoe/Glimt and Trabzonspor respectively ahead of Thursday’s group stages draw of the 2022/2023 Champions league which starts September 6. 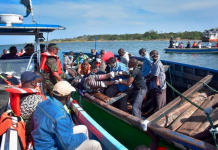 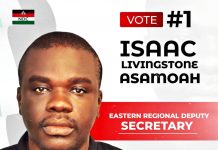 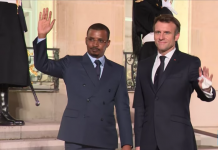