On a sun-spangled August afternoon 30 years ago, Brian Deane notched the first of 30,987 Premier League goals – and look what a behemoth this competition has become since. Three decades after that sepia-toned header [‘Sepia?’ Kids these days… – Ed.], England’s top flight is the biggest, brashest and best division on Earth… and it’s set to turn up another few dials yet.

Last season we had a proper title race, relegation theatre and an assault for European spots all settled on the final day. This time there’s an unprecedented winter World Cup crowbarred into the campaign, too – at the very least, you won’t feel guilty for spending every second glued to your telly and missing all of that lovely warm weather outside. So, settle down and prepare for a domestic marathon like no other.

Leading the charge: the likely suspects. Angered by his Manchester City side scoring just 99 goals en route to a fourth title in five years, Pep Guardiola has added Norwegian goal god Erling Haaland to an attack of riches.

Liverpool, meanwhile, have drafted in Darwin Nunez to replace Sadio Mané as both sides veer away from false nines – as if the rest of the league needed something new to try stopping. It’ll be a two-team tussle for triumph again, as a pair of the finest minds in modern football execute another cosmic game of mind chess across 38 matchdays.

Those in the slipstream are striving not to be left behind. Old Trafford has yet another new emperor, nine years after Sir Alex Ferguson boomed in the rain for fans to stand by his successor. Bringing a brainy brand of football to Manchester United, who these days are cast unflatteringly as dark horses and not thoroughbred favourites, Erik ten Hag seeks to succeed where David Moyes, Louis van Gaal, Jose Mourinho, Ole Gunnar Solskjaer and Ralf Rangnick all failed.

He’ll be battling half of London. Chelsea cruised to third even with government sanctions and Romelu Lukaku tantrums; Tottenham have shaken off the ‘Spursy’ tag to become quite reliable, fronted by Son Heung-min and Harry Kane’s peerless partnership; and Arsenal continue to build an exciting young side that doesn’t yet know its own potential. It isn’t daft to say this could be the tightest top-four battle in years.

And it’s not just those six who are ‘big’ these days. Eddie Howe took Newcastle halfway up the table within six months and he isn’t content with staying there. Fuelled by Saudi funds (or funded by Saudi fuel), the Toon are redressing themselves as a force of style and steel in order to fight West Ham and Leicester – both fresh from European semi-finals – for continental qualification. With David Moyes & Co busy on the continent again and Brendan Rodgers’ Foxes still searching for a way to fix their regular defensive calamities, the Magpies sense an opening.

The same goes for ambitious enemies Brighton and Crystal Palace, two smart operators who were mightily impressive last season. Having successfully tied Philippe Coutinho to a long-term deal, Aston Villa also have high hopes; Wolves, however, do not, after ending 2021/22 with eight points from 12 matches.

Still, Wolves expect to fare better than the likes of Southampton, Leeds, Everton and Brentford, who all face problems of varying severity. The latter did brilliantly to finish 13th in their first Premier League campaign and will fancy bucking expectations again, but second-season syndrome is a danger given their reliance upon set pieces and the loss of Christian Eriksen’s x-factor.

Saints, too, know they can’t just score from every free-kick. At Leeds, Jesse Marsch has the unenviable task of replacing Kalvin Phillips and Raphinha while improving a side that survived on the final day. Similarly, Frank Lampard must revamp a Richarlison-less Everton, although their relegation form in his 21 games last season suggests he could transfer-list himself! But seriously, they’ve work to do.

The three promoted sides bring plenty of individual talent. Bournemouth may find that theirs isn’t quite enough, but Fulham’s record-breaking romp to the Championship under Marco Silva gives them genuine hope of ending their dizzy yo-yo-ing and staying up this season. Nottingham Forest have already shocked big names in Steve Cooper’s 10-month reign, beating Arsenal and Leicester in the FA Cup, and they make their long-awaited top-flight return with wunderkind Brennan Johnson and fine summer additions in tow.

It’s all go. The Premier League barely stopped for air last term – now catch your breath ahead of a frenetic, fantastic 2022/23. The next 30 years start right now. 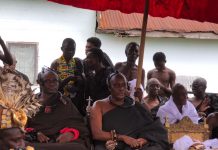 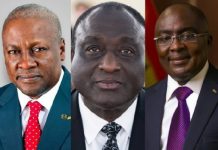 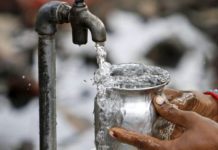