A growing number of 18- to 35-year-olds say they are not planning to vote in Kenya’s presidential elections next week.

Civil society groups said they faced particular resistance to registering during engagement campaigns from newly eligible voters aged between 18 and 25. “Many young people are saying that they won’t be voting, that elections have not proved an effective way to cause change,” said Loise Mwakamba, from the parliamentary watchdog Mzalendo Trust.

Like many previous elections, next week’s polling is set to be a close race. Two of the presidential contenders, the longtime opposition leader Raila Odinga and deputy president William Ruto, have served high up in government: Odinga as prime minister between 2008 and 2013, and Ruto in the outgoing government.

Their long political careers have solidified their influence across the country, but have also worked against them among voters who are critical of their record and see them as likely to maintain the status quo.

Public trust in Kenya’s electoral institution stands at just 26%, according to a report by the National Cohesion and Integration Commission. The last elections in 2017 were nullified by the Kenyan courts. Uhuru Kenyatta went on to win the re-run, which Odinga declined to participate in and called on his followers to boycott.

Ruzuna Akoth, 33, who studies social justice and governance, points to this boycott to explain the youth opt-out. “When Raila did it, it was understood that staying away from the polls was a tactic towards getting issues addressed,” she said.

But those who have spoken publicly about their decision to pass on the polls have faced public backlash. “The response has been a bit vitriolic,” said Mumbi Kanyogo, 26, a communications consultant. “There’s a refusal to contend with why people are not voting, and a condescending idea that if you’re not voting, it’s because you’re uninformed, don’t care about politics or are removed from the situation.”

She said the goal was not to sideline or substitute the government role in public services, but to build stronger and more politically aware communities that can push for change. “The solution lies in mass political power.”

Commentators note the entrenched beliefs around voting. “We live in a country where civic participation is reduced to voting. The exercise of voting is currently very extractive, where politicians only engage the population when they want [them] to vote,” said Caroline Mose, a cultural theorist. “One of the statements those who are not voting are trying to make is that civic participation needs to go beyond that.”

Irene Asuwa, 26, a social scientist, agrees. Voter engagement this campaign season had been low and passive, she said. “The messaging around the elections is like, ‘go and vote and go home – and vote peacefully!’” She does not intend to vote.

“People are saying that the youth are apathetic and disengaged – but many of the young people I know are really into politics and have just chosen to reimagine how politics can work in this country,” said Maureen Kasuku, 30, a community organiser.

Kasuku and others opting out are exploring other ways to stay politically involved, such as building labour movements for better working conditions. She believes that Kenya’s notoriously expensive election campaigns keep many good candidates from running for office, limiting voter choices to a privileged few. “It’s an illusion of choice,” she said. “We have one of the most expensive elections in the world and what exactly do Kenyans get out of it?”

Last year, legislators turned down a move by the electoral body to cap presidential campaign spending at 4.4bn shillings (£30m) and other political seats, including governor, senate and parliamentary positions, at between 21m and 123m shillings. Many politicians go into an election expecting to reap financial or social rewards, according to a report on election costs.

“The ruling class have their own interests,” said Kasuku. “They are not going to manufacture consent from us.”

Others who won’t be voting have been put off by scandals, from allegations of fake degrees to corruption, that have implicated presidential and gubernatorial candidates.

“We can’t keep electing crooks and corrupt leaders and expect saintly behaviour,” said Bonface Witaba, 39, a writer and researcher, who doesn’t support either of the two presidential frontrunners.

Witaba said that candidates’ ethnicity allowed them to hold on to power: “This culture of sycophancy – of defending ‘our tribal kingpins’ even if they are implicated in corruption – will remain our biggest undoing.”

But Mose believes there has been a shift since the 2007 post-election violence, which led to the deaths of more than 1,000 Kenyans. “We have a large constituency of young people that are refusing to be dragged into ethnic politics that used to define Kenya,” she said. “There’s an understanding that ethnic identity can be used politically in very violent and negative ways, so a number of people are going back to their ethnic identity as a cultural identity, but not a political one.”

However, political analysts say that while there might be some shift in the city, it does not extend to more rural areas and is unlikely to have an effect on voting patterns. “The fact is, Kenyan politics are still very ethnic-based,” said the analyst Mark Bichachi, adding that this was evident in the contenders’ choice of running mates. Both leading presidential contenders have selected their deputies from the Mount Kenya region – an influential voter bloc.

But Bichachi believes the youth vote could make a difference. “If the 18-to-25 age group were to vote, they could definitely swing an election.”

In the few days before the polls open, civil society groups are continuing to encourage young people to cast their vote. “Power doesn’t only sit at the presidency,” said Mwakamba. “Other elective roles like members of parliament and county assemblies play an essential role on behalf of citizens.” 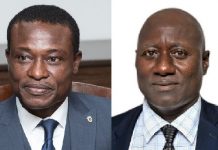 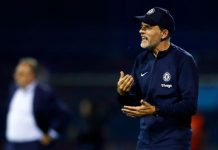 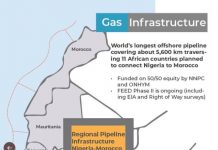