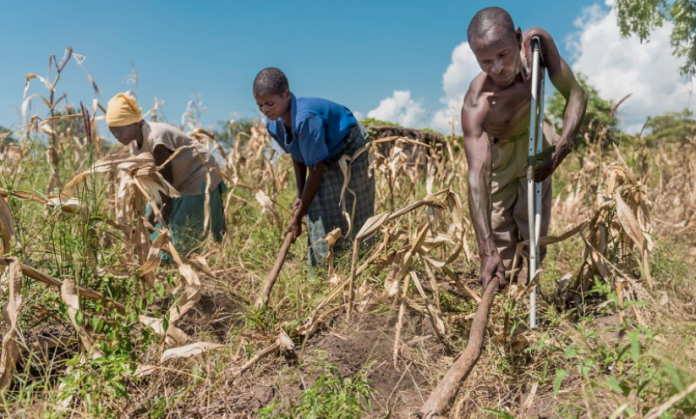 Distraught-looking Mustapha Adams (pseudo name) 40, is a smallholder farmer and resident of Savelugu, near Tamale.

He has no formal education and walks with the aid of crochets.

The reason for his mood is the consistent record of low maize yield in the last five years and occasional bush fire that consumes the little maize left on the farm.

He observes that during the vegetative and reproductive stages of growth, rains cease for some time. As a result, the crops do not get the needed volume of rain to grow.

“For all these years, I have been trying my best to support myself by engaging in maize and vegetable farming. The crops have not been doing well these years. These are difficult times,” he said with sadness on his face.

Wondering where his next meal would come from has been Mustapha’s worry and that of the visually and hearing impaired, cripple, and albinos who formed about five per cent of the membership of the Peasant Farmers Association of Ghana (PFAG).

His story is just one of the different ways Persons With Disabilities, especially those in Ghana and sub-Saharan Africa are experiencing due to impacts of the climate crisis.

The United Nations Convention on the Rights of Persons with Disabilities defines PWDs as people who have physical or sensory impairments that, when combined with other obstacles, prevent them from fully and effectively participating in society on an equal footing with others.

In Ghana, Persons With Disabilities, form eight per cent translating to 2,098,138 of the population, according to the 2021 Population and Housing census. Globally, about one million are contributing in diverse ways to economic growth but often face discrimination.

The majority of persons with disabilities, according to a UN Human Rights Report at the 44th Session of the UN General Assembly in 2020, live in poverty, as highlighted in the Convention on the Rights of Persons With Disability.

Poorest people will continue to experience the worst effects of climate change through lost income and livelihood opportunities, displacement, hunger, and health issues, the 2014 Impact, Adaptation and Vulnerability report of the Intergovernmental Panel on Climate Change projected.

Madam Rita Kusi Kyeremaa, the Executive Director of the Ghana Federation of Disability Organisations, told the Ghana News Agency that Persons With Disabilities were most adversely affected in an emergency, sustaining disproportionately higher rates of morbidity and mortality, and are among those least able to access emergency support.

Natural disasters affect the access of Persons With Disabilities to food and nutrition, safe drinking water and sanitation, health-care services and medicines, education and training, adequate housing, and access to decent work, she said.

“It is sad to note that we suffer double fold because of our disabilities. But when the government and some of its agencies are developing climate change plans and policies or implementing programmes we are not considered,” she lamented.

“Extreme weather events like increased temperature, drought, and dwindling rainfall are becoming frequent and intense. These are causing anxiety, stress, and depression that affect the ability of our members to function.”

“What makes the situation worse is that disability issues become afterthoughts…most of the systems are not inclusive and there is low acceptance. There is limited knowledge among our members on climate change and impacts,” she said.

Ghana has ratified the United Nations Convention on the Rights of Persons with Disabilities (UNCRPD) and deposited the instrument.

This means the Government made a commitment to the obligation that: “States Parties undertake (measures) to ensure and promote the full realization of all human rights and fundamental freedoms for all Persons with disabilities without discrimination of any kind on the basis of disability.”

“Both as beneficiaries and as decision makers in policies raising and responding to their concerns,” she told the Human Rights Council.

Major national policies including the National Communication to the United Nations Framework Convention on Climate Change, National Determined Contributions and National Climate Adaptation Plan (NAPs) do not include Persons With Disabilities, the GNA’s investigation has revealed.

“When an abled person’s rice farm is in flames, the fellow can rush to salvage some produce, but what of a cripple, or a hearing-impaired farmer?,” Dr Charles Nyaaba the Executive Director of PFAG questioned.

“Equally, when drought strikes, an abled farmer can dig a well in search of water to irrigate his or her farm. What if it happened to a visually impaired farmer? Practically, they lose everything.”

He advocates for the urgent development of a customized climate change adaptation and mitigation strategy to sensitize Persons With Disabilities, provide early warning systems, and build their resilience.

The Environmental Protection Agency (EPA) acknowledged the challenge and has begun steps to engage the leadership of Persons With Disabilities, including them in all forms of national consultations and workshops.

Mr Ebenezer Appah-Sampong, the Deputy Executive Director of EPA, told the GNA that there had been limited involvement of Persons With Disabilities in climate change discourse. The implementation of the National Adaptation Planning Project would help capture their existing structural vulnerability and build resilience.

There are plans to capture Persons With Disabilities in the Climate Vulnerable Forum activities, of which Ghana is the current President. The Agency hopes to identify their priorities and how to address their concerns.

“This challenge was also identified during one of our engagements with the Parliamentary Select Committee on Environment, Science and Technology and we have included them in the programmes to sensitize and empower them,” he added.

Ghana believes that if no rapid action is taken to address climate change and its negative impacts now, the future cost will be prohibitive and counterproductive to the socio-economic gains made today, President Nana Addo Dankwa Akuffo-Addo said at COP26 in Glasgow.

However, Persons With Disabilities who are the hardest hit by the climate crisis must not be left behind. 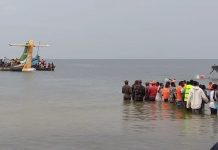 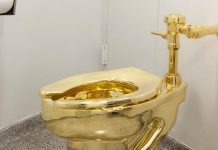 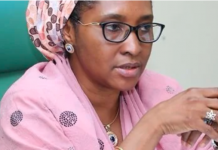 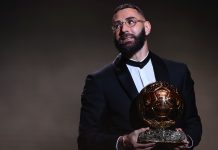