Going to the International Monetary Fund (IMF) provides a window of opportunity for the country to make the right input into a programme that will make agriculture the backbone of the Ghanaian economy, Professor Godfred Bokpin, has said.

The Senior Fellow at Imani Africa indicated that a programme that made agriculture, agribusiness and manufacturing a focal point was likely to be accommodated by the Fund as the “IMF of today” was more concerned with issues of inequalities and unemployment.

With agriculture and agribusiness known to be a sector of huge job creation capacity and research establishing it to have a growing inequality reducing effect on unemployment, he said, “it depends on how we rationalise our expenditure along this line and create the right environment for private sector to complement the public sector.”

“Studies have shown that if we boost agriculture output by US$1 million, it will create along its path 750 jobs. From the Ghana Statistical Service (GSS) within what we call the Social Accounting Metrics, except for output, agriculture has the highest multiplier effect when it comes to employment and income,” he said.

Prof Bokpin, who is a Professor of Finance at the University of Ghana, made the remarks at the Imani-GIZ reform dialogue, which was on the topic, “How will Ghana’s IMF deal impact investment in Agriculture and Manufacturing sector?”

The country, he said, had so far, failed to meet its target in the 2003 Comprehensive African Agriculture Development Programme (CAADP), which required Ghana to commit to investment and make at least 10 per cent of budgetary allocation to the sector to guarantee an annual growth of six per cent.

Citing an OXFAM study conducted between 2010 and 2015, the Economist said Ghana was one of the least committed countries to narrowing inequalities through agriculture with a budgetary commitment of averagely less than three per cent annually.

“The highest was Mali that committed averagely 11 per cent of their budget to Agriculture, followed by Burkina Faso with 10.3 per cent and Niger 9.3 per cent. Probably it will not be strange if you get to know that Ghana is importing tomato from a desert country like Burkina Faso,” he said.

Prof. Bokpin said the situation had been compounded further by economic challenges where critical investment in growth enhancing sector of the economy, including agriculture, manufacturing, agribusiness had been sacrificed.

Therefore, he said the Government had a responsibility of investing in critical infrastructure in those sectors, which could not be funded by a private sector.

He further advised players in agriculture sector to venture more into production than the value addition process of the value chain.

“In Ghana we are proud to say 44.7 per cent of population engage in agriculture production and I think this shows inefficiency because you see more people going into value addition than production and these are policies we need to regulate”. 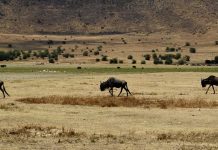 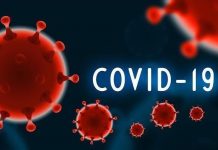 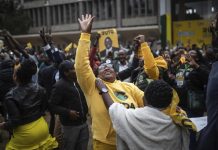 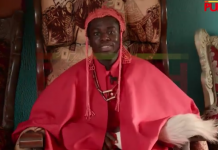